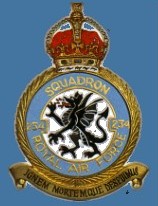 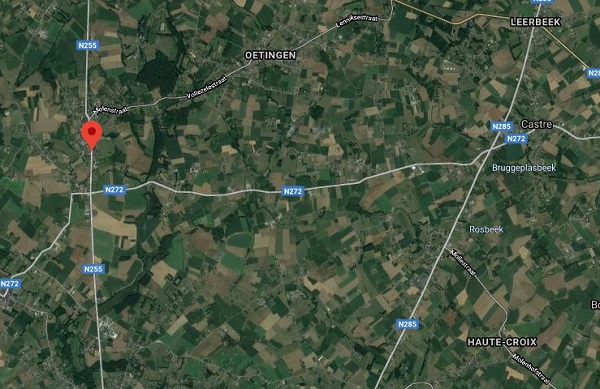 The 234Sqdn ORB records for 7 February 1945: "In the afternoon the Squadron set out on Ramrod 1454 to escort 150 Lancasters to a synthetic oil plant at Wanne Eickel, in the Ruhr. Owing to severe icing conditions encountered over the Continent, in cloud that extended from 1000 to 33,000 feet, rendezvous was not made with the bombers and the whole show had to be abandoned. At about 1515 hours W/Off Harris, who was flying as Gin 4, disappeared whilst in cloud and his body was found later near Louvain, no more details being available at the moment. Two other aircraft from the Station are also missing and the worst is feared. W/Cdr Bird Wilson who was leading the Wing iced up and lost height from 24,000 to 7000 feet before he recovered. In all it was a very shaky do. W/Off Steedman, with F/Off Bell as escort, landed at Ursel with a suspected Glycol leak, returning back to Base later in the day. Squadron landed back at Base at varying times between 1530 hours and 1600 hours mostly in Sections."
Bomber Command War Diaries (Middlebrook and Everitt) records that this was a 3 Group operation involving 100 Lancasters and that the wintry conditions scattered the bomber force and only 75 Lancasters bombed the target.
According to a second witness, Harris's Mustang produced a cracking noise and its engine sputtered while flying over Heverleebos - a forest bordering to Vaalbeek in the north. This witness concluded that the fact that his parachute was hardly unfolded Harris must have bailed out too late. The unfortunate pilot got his legs stuck deeply into the ground. The Mustang lossed one of its wheels about 1 kilometer before it struck the ground. Did Harris try to performe an emergency landing? Was his landing gear lowered and did one of the wheels accidentally hit the tree tops? One will never know for shure.
According to the 'Report On Flying Accident or Forced Landing Not Attributable To Enemy' enclosed in Harris's casualty report, Harris was flying Blue 4, February 7th 1945