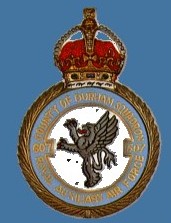 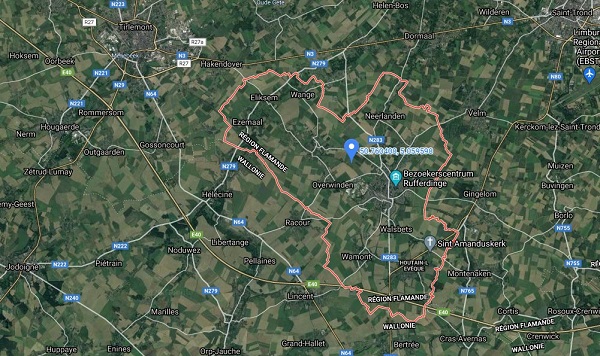 Hawker Hurricane Mk.I P2620 (AF-P) 607 (County of Durham) Squadron, RAF: Written off (destroyed) when lost (failed to return) from combat operations over the area of Gembloux, Belgium, 13 May 1940. Aircraft was shot down, and the pilot was killed. According to the official Air Ministry file on the incident (File AIR 81/375): "Flying Officer M H B Thompson, report of death. Hurricane P2620 crashed near Landen, Belgium, 13 May 1940".
According to a published Belgian source (roughly translated from the original Belgian text): "To the south of the KW line, the 3rd and 4th Panzer divisions forced a breakthrough. At 5:15 am on May 13, two Staffeln of I./JG 1 surprised twelve Hurricanes over Jodoigne. The Messerschmitt Bf 109s had been instructed to patrol over the Waremme/Gembloux region, where the Panzer Division, under cover of the bombers, tried to disperse the French troops.
Hurricane P2620 from 607 (County of Durham) Squadron was fatally hit and crash landed. Flying Officer Montague 'Monty' Henry Broderick Thompson lost his life, and was originally buried in the monastery at Landen; in January 1947 he was reburied in the war cemetery of Heverlee.
He was probably the victim of Hptm Wilhelm Balthasar, commander of the I Gruppe of JG 1. Balthasar died during an air combat near St. Omer on 3 July 1941. He is buried in Illiers Nord, just over the Belgian border, next to his father who fell as Hptm in 1914.
607 Squadrons records were destroyed in France in June 1940. The only records that remain are some pilots logbooks. For anyone about to look in the squadron ORB they will be met with a blank space covering the last ten days in France. F/O Monty Thompson, was from Newcastle and had been with 607 Squadron since 1937